Going into the second half of 2019, credit markets were becoming expensive, and so we built up a significant position in cash (and other short dated, low volatility assets) whilst waiting for the next pocket of volatility to take advantage of.

As a result of this positioning, coming into the pandemic we had plenty of capital available to take our ‘pick of the bunch’, when credit markets corrected meaningfully. Air services is one of the themes we invested in and what follows is a short piece on where and why we see value in this investment theme.

We have always preferred businesses with hard assets as, provided they are valued properly, the assets provide excellent downside protection. On top of this, when talking about businesses that effectively have monopoly positions in their respective industries, then we start to get really interested!

At the top of our list has always been airports given their attractive monopolistic qualities. In particular, we like Australian and New Zealand airports as the effective geographical separation of these two countries from the rest of the world has bread two nations of compulsive travellers.

When the Covid-19 pandemic struck in 2020, the travel industry was hit harder than any other. Naturally, with our contrarian investment style, we started fishing around for good businesses that had been thrown out with the bathwater.

While there were plenty of travel businesses that one could argue may or may not survive, it was pretty hard to argue that the airports wouldn’t recover when the world got back to some semblance of normal, and demand and supply of travel ramped up again.

At the peak of the pandemic, hardest hit out of all the airport valuations was the senior secured bonds of Brisbane Airport – which struck us as a little odd. Historically Brisbane Airport had generated around 75% of its revenue from domestic travel – far more than any of the other local airports – and it was clear that domestic travel was going to recover a long time before international travel. To make matters worse for Brisbane airport, it needed to issue a new bond at the point where markets were at their most uncertain. In other words, the perfect storm. We purchased Brisbane Airport’s new 10 year bond at a margin of 3.65% over cash – a significant premium to where it would normally trade.

Probably our favourite global airport asset is Auckland Airport. In part this is because New Zealand is an even more captive travel market than Australia, but also because Auckland Airport is one of the few global airports that actually owns the huge land bank that the airport sits on – providing significant downside protection. Having made their way through the pandemic as one of the least affected developed countries in the world, and having seen its bonds trade above 2% over cash – well above where they normally trade – an investment here was a no-brainer.

To round out our airport investments, we also took a position in the senior secured bonds of Melbourne Airport, whose yield premium had more than doubled from under 1% prior to the pandemic, to over 2%.

Now, we could easily have stopped there with our travel theme, but perhaps the best investment we made in this sector on a risk/reward basis was our investment in the bonds of the Australian government’s own air traffic control monopoly, Air Services Corp (ASC). This business may well have the highest barrier to entry of any business we have looked at over the years, after all, the government is the only one with the authority to control the skies!

ASC suffered the same fate as Brisbane Airport in 2020, in that it had to issue a new bond when markets were at their most challenging. Typically ASC, with their government sponsored AAA rating, can issue bonds with almost no risk premium. In May last year, they issued a bond with a risk premium of 1.35% over cash, more akin to where a BBB rated business might be valued in less crazy times.

Our final investment in this sector was in the bonds of legendary Australian airline Qantas. With the implosion of Virgin Australia, Qantas drastically increased its domestic market share. Consistent with the impressive way that Qantas was managed through the pandemic, management took the sensible step of pre-funding its shorter term bond maturities so as not to put any undue pressure on its balance sheet. At this point, we were happy to buy Qantas’ one and two year bonds (the pre-funded ones) at a yield premium of around 3% over cash.

It is important to note that during the pandemic, all of these businesses were forced to make significant reductions to their running costs in order to offset the fact that revenues had also declined markedly. Many of the efficiency improvements that have been identified over the past 12 months will be maintained over time, leading to permanent cost savings in some areas.

As can be seen in the table below, we have already generated some significant returns for ourselves and our co-investors from these investments:

* Please note: these figures are approximate values based on available market data and estimates. Note potential return next 12 months is approximate, and assumes return to normalised valuations.

We believe there is still plenty of value yet to be realised from these investments given they are now on a stronger footing (in spite of the current short term lockdowns in NSW).

This theme is emblematic of the way we invest our and our co-investor’s hard earned money at PM Capital. We look for good businesses with good downside protection, that are out of favour for reasons that we think are transitory, and we invest meaningful amounts of capital in them - so that if our thesis is correct, the investments make a significant contribution to the return of the Fund.

If you would like more information on the PM Capital Enhanced Yield Fund, or any of our suite of funds, please contact your local Client Relationship Manager, or go to www.pmcapital.com.au 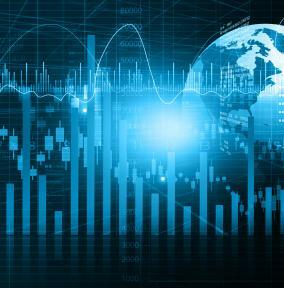 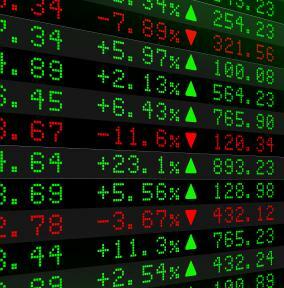 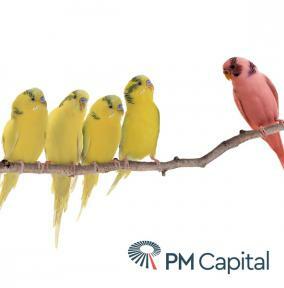