'Free' money  in one of the savviest deals in American history

It’s US basketball’s (NBA) finals season; it’s timely therefore to take a look at one of the best investments in NBA history; one that could easily be among the savviest business deals of all time.

Everyone knows about the National Basketball Association – the NBA. Not many people would now know about its rival, the American Basketball Association (ABA), which was founded in 1967. Although surviving only nine seasons before merging with the NBA, it was known as being the more fast-paced and aggressive of the two; an innovator that introduced some of the key innovations which make the game so great today, among them the three-point line and the slam dunk contest which forms part of the All-Stars Weekend.

“If you wanted to take a single franchise that captured everything, just about everything, that was crazy about the ABA, look no further than the Spirits of St. Louis…[the ABA] was a crazy league to begin with, and the Spirits were the craziest of all the teams.” — Bob Costas

Dan and Ozzie Silna were the sons of Latvian immigrants who made a modest fortune from running the family textiles business. The brothers, along with their lawyer, Donald Schupak, purchased the Carolina Cougars for $1 million in 1974. The Cougars were the trio’s second option. They were in the market for the NBA’s Detroit Pistons, but backed away when they came to the view that a merger between the two leagues was imminent.

Looking to take advantage of the largest US television market without a top level basketball team, the Silna brothers moved the Cougars to St. Louis and, perhaps unsurprisingly, renamed the team Spirits of St. Louis.

The Silnas injected $2–$3 million into the team but low game attendance meant their return on investment was close to zero in the two years the team was part of the ABA.

In 1976 the long-mooted merger between the ABA and the NBA gathered place, realising that a truly national and combined top-tier basketball competition would allow it to compete better with the other US sporting heavyweights: American football and baseball (and to a lesser extent ice hockey).

Out of the seven teams in the final ABA season (1975–1976), the ABA negotiated that four would go through to the combined NBA competition. The Indiana Pacers, San Antonio Spurs, Denver Nuggets and New York Nets eventually agreed to enter the NBA as part of the merger at a cost of $3.2 million each.

Of the teams to drop out of the top flight, John Brown, Kentucky Fried Chicken (KFC) founder and owner of the Kentucky Colonels, accepted $3.3 million from the NBA to fold.

A savvy deal or just luck?

The Silna brothers and their lawyer refused to accept the payment to fold.

“It’s about the biggest hold-up I’ve ever seen in business.” — John Brown, founder of KFC and owner of the Kentucky Colonels

Instead, they negotiated a different arrangement:

The key words here are in perpetuity.

In the 1970s NBA wasn’t a big deal at all — the finals weren’t even streamed live on TV.

Once the revenues started flowing in the Silnas were only receiving a few hundred thousand dollars annually. However, this changed in the following decades as entertainers like Magic Johnson and Michael Jordan helped create the behemoth it is today.

“You’ve got to be lucky in a lot of this stuff…but you’ve got to see the stuff, too. If it’s there, and you don’t see it, you don’t have a chance to get lucky.” — Ozzie Silna

It is estimated the brothers collected a total of $300 million in payments before finally settling with the NBA in 2014. Their final deal was that they received an upfront payment of $500 million ending the perpetual payments and accounting for the additional revenue from ‘visual media’ rights that did not exist in the late 1970s. It is hard to definitely label the Silnas as astute businessmen given they also lost an undisclosed amount of their fortune by investing money with Bernie Madoff. Fortunately for the brothers, as luck would have it, the settlement with the NBA occurred well after the Madoff collapse so only their initial wealth was exposed.

Whilst the initial investment in the Spirits of St. Louis did not produce a return it did lead to an opportunity to capitalise on the growth of the NBA sports franchise over the following decade. Franchises, whether they be in sports, food, technology or entertainment, share common characteristics often derived from a need or attachment they fulfil in our lives. What are the franchise characteristics to look for?

It is no coincidence then that some of the best franchises are also verbs:

It’s not a coincidence these are all tech companies — they offer a valuable, often free service to users which has meant they are used by billions of people. More traditional franchises may not enjoy the same magnitude of demand-side economies of scale but do have pricing power — toothpaste (Colgate), diamonds (Cartier) and coffee (Starbucks).

The best ideas are the most simple

The brilliance of this investment is its simplicity. It reminds us that you only need one great investment that can:

All that it requires is knowledge, patience and, as always, 'luck’.

This article reflects the opinions of the author as at the time of writing and may change. They may not represent the views of PM Capital. PM Capital may now or in the future deal in any security mentioned. It is not investment advice. 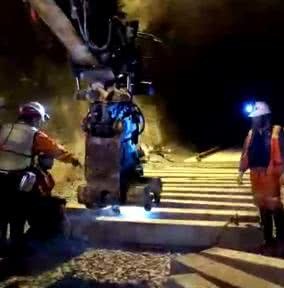 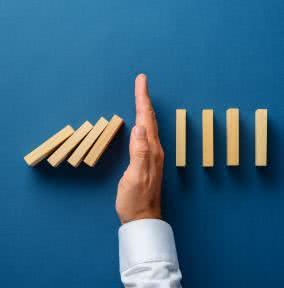 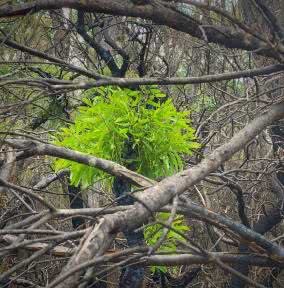