Why value is under pressure - again

Just as we believe both cyclical and secular inflection points are appearing to be on the horizon, market commentary is again reaching a crescendo in its declaration of the death of value investing. Paul Moore comments.

“After more than 30 years of unrivalled investment success, Warren Buffett may be losing his magic touch.”     Wall St Journal, 27/12/1999

“…the worst results in Berkshire’s history underscore just how challenging the environment has been for [Warren Buffet’s] approach to picking stocks.”

“Value investing” has had a difficult run since the GFC. “Value” stocks outperformed “growth” stocks for a short time at the beginning of the 2010s, immediately subsequent to the global financial crisis, but since then growth stocks have outperformed significantly.

Particularly from 2016 onwards, valuation has taken a back seat to the search for growth, and this has had a serious effect on what is known as value investing.

The Russell 3000 Value index (a broad measure of US value stocks) at the time of writing is down more than 20% in 2020 and since 2010 has risen 80%. On the other side of the ledger, the Russell 3000 Growth Index is up more than 240% for the decade and has bounced harder in the post-March recovery than value stocks.

In a benchmark like the S&P500, which is more concentrated and has larger stocks, the difference between value and growth has been even more pronounced. In the past decade  the S&P500 Value Index has risen 82.0%. The S&P500 Growth Index over the same period has risen 223.1%, heavily influenced by investors’ preference for the FAANGM tech stock complex ((Facebook, Amazon, Apple, Netflix, Google and Microsoft), which accordingly now accounts for 25% of the S&P500 index compared to less than 9% in 2012.

The question remains - has there been a structural, permanent, change that will continue to favour large, growth-oriented stocks where raw valuation takes a second position, or can valuation still be a major part of the process and therefore value investing offer the potential for outperformance?

The largest factor to favour growth stocks has been the historically low level of interest rates - quite possibly the lowest in 5,000 years. As the level of rates has fallen, the cost of capital has fallen with it. Unlike previous cycles, the last decade has not only seen short term rates fall, but reserve banks around the world have for the first time in history embarked on yield curve control, otherwise known as quantitative easing, flooding the market with liquidity and lower low term rates. This has resulted in a wall of capital chasing the prospect of higher long term returns offered by any company that investors perceive as having strong and consistent long term growth potential exceeding that of the broader economy.

Investor willingness to pay for strong or defensive long term growth has been assisted by globalisation and the lack of national ‘virtual’ barriers (as opposed to physical national borders), benefitting large global-sized entities such as the FAANGM stocks. They, in their turn, have also benefited from technological improvements that have made the ability to order goods and services online seamless, as well as delivering advertising dollars. Their advertising capability is now to the point where the only media that can challenge the behemoths of Google and Facebook is free to air television advertising, and even that is now under attack from the likes of Google’s “in-clip” direct response ads on YouTube.

While growth companies like Google and Visa have justifiably higher PEs given their growth trajectory, companies like Kimberly Clark that are perceived as defensive growth companies have also been bid up. This kind of stock would have traditionally be seen as more of a value play, but even its share price in the period 2009-18 rose 87%, while its operating income was flat (0% growth per annum).

The popularity of market capital-weighted index funds has also accentuated the growth of these large growth stocks, as seen in the performance of the Russell Value Index versus the S&P500 equivalent. The index funds have accentuated the moves of the big stocks, making them more resilient to what has been, on the surface, significant increases in valuations (noting however that active managers have not done themselves any favours in this regard. Scared of being left behind in their peer ranking tables, many have jumped on the bandwagon notwithstanding valuations).

Kimberly Clark is not the only stock to show the environment in which value managers have been dealing. Apple also highlights the expansion in PEs. In the post-GFC environment its stock has moved from ~$10/ share (2008) to now be trading at over $300 at the time of writing. Its earnings per share has risen also in that time, but nowhere near to the same extent. The market has moved to pay over 23 times historical earnings, whereas in 2016 it was closer to 10 times. 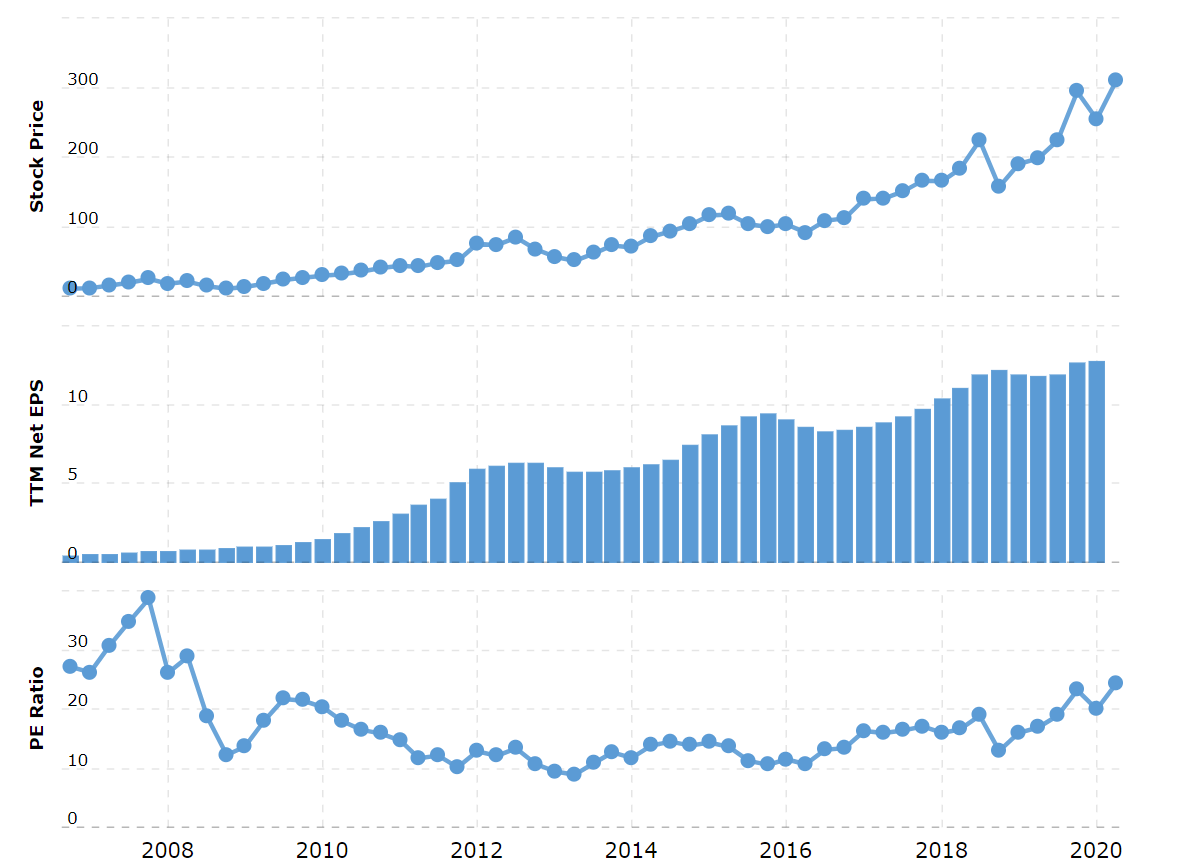 However, where can interest rates go from here? Bond yields are already at or below zero in many parts of the world. The US Federal Reserve has dropped its cash rate range to between zero and 0.25%. Implied yields on futures contracts linked to the federal funds rate have gone below zero, suggesting investors are betting that the Fed will cut its key rate below that by mid-2021, but the Fed’s Chairman, Jerome Powell, has said that negative rates are not an “appropriate policy response”. 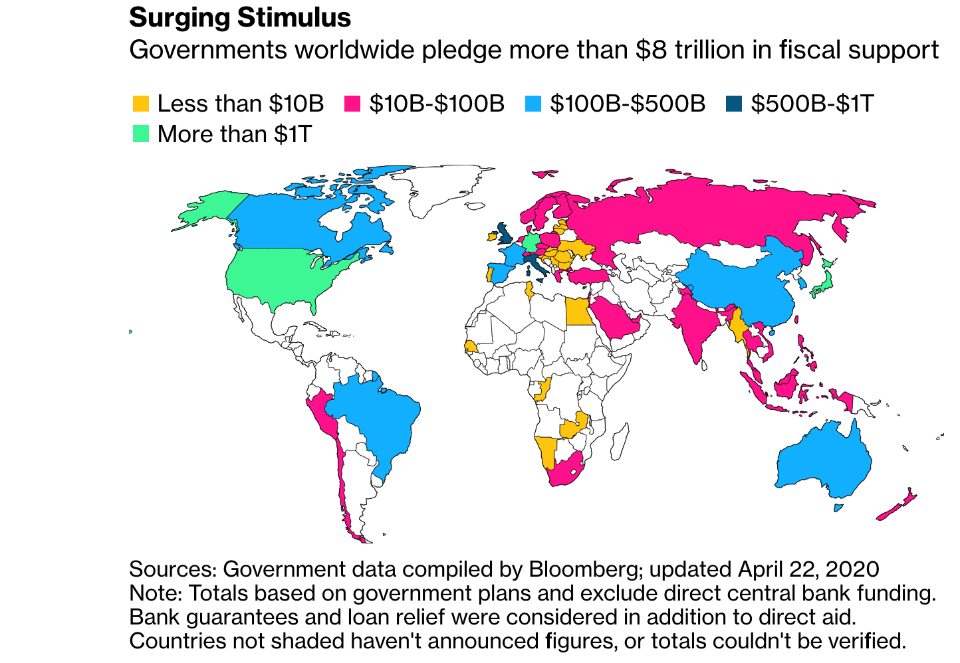 Along with the unprecedented low level of interest rates and other monetary policy measures, fiscal stimulus to fight coronavirus is also at levels never seen before. Bloomberg estimates that over $8 trillion has and will be spent in a very short space of time globally propping up economies using a range of measures, including direct spending and bank guarantees.

How are we going to pay for all the fiscal stimulation? After the coronavirus has been tamed, taxes are going to rise. But I doubt anyone has the stomach for real austerity. The reality is that apart from default, the only palatable option to deal with how we pay for the fiscal stimulus is inflation. However, once the inflation genie is out of the bottle, if it pushes through reserve bank target levels, interest rates will be forced higher, resulting in at least a partial unwinding of the positive effects that lower interest rates have had on growth stocks over the past five years (in particular). This is why I have been very strong in arguing that when we look out over the longer term, investors need to be thinking about businesses that will not be hurt by the evolution of inflation. This argument has obviously been affected by coronavirus, but my longer term belief remains intact.

In December, we saw European countries begin to understand that negative rates were not assisting economic growth, the US economy move into a stronger growth phase and signs of a rotation towards value stocks. In our portfolio’s case, banks, resources companies and stocks on low valuations such as Siemens moved forward strongly – gains that were carried into January.

Of course, this was pre-coronavirus, which stopped this trend dead and re-ignited the search for any kind of semi-reliable growth by anyone that feels overall expansion will be moribund in the next 12 months.

The market is always ‘right’ - at that particular point in time. We can only go from where we are now. What is  going to be key is the ability to ignore the crowd and the hot stocks because at the moment the market is like a yacht listing to one side. Everyone has clambered on, and, for the moment, it continues to sail, but at some point the yacht will right itself. It is just a matter of time.

What is clear to me is that when you look at valuation, it would appear to be a once in a lifetime opportunity in quality cyclical/ industrial stocks with the upside return possibility equal to or greater than what I saw post-GFC with the market in general. We feel the pandemic has not simply delayed our thesis, but the fiscal and monetary actions will have the effect of essentially making the thesis inevitable. The unknown factor is the timing of this - in the short term behavioural biases have not declined, and their effects will be exaggerated by the weight of the index funds. This is why it is so important to have a longer time horizon so as to let the thesis play out to its full extent and in doing so profit from it.

What I also see is that when they were last calling the death of Buffett’s value-style of investing in 1999, in the ten years subsequent (starting in the year 2000) Berkshire Hathaway’s book value per share rose a cumulative 87.8%, compared to the S&P500’s cumulative 12.2%.

While stocks that are called ‘value’ may have been on the nose for longer than average,  the rationale for valuation-based investing is as strong as ever. 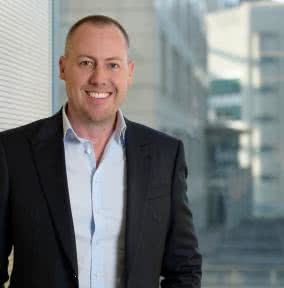 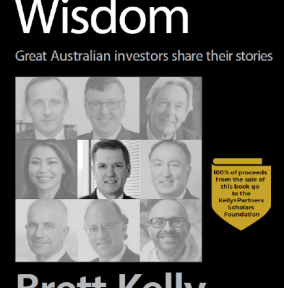 3 minutes on markets, and a deep dive 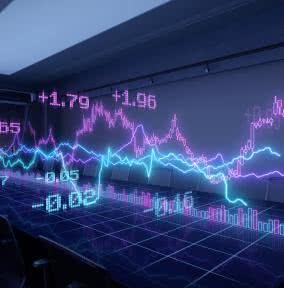 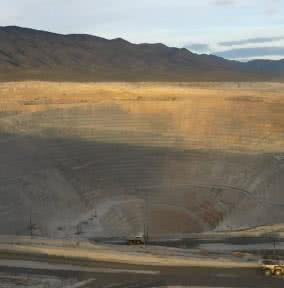